Coastal rowing is the adventure side of rowing over different bodies of water. It could be rowing out into the sea, resting by the beach, or touring along the coast and so forth. It is one of the fastest growing rowing communities as it can be conducted over various water conditions.

Moving forward, it will be included at international games at the fourth Youth Olympic Games in Darak in 2026, and potentially coastal rowing may make its debut at the Paris 2024 Olympics. 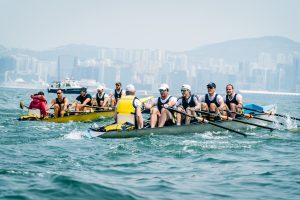 Hong Kong is a very suitable city for coastal rowing, given its extensive coastline, geopark and its many beaches, bays and islands.
The first known record of using a rowing boat to go around Hong Kong Island can date back to 1904#. Before the establishment of HKCRA, various rowing activities were organised by the Royal Hong Kong Yacht Club (RHKYC) in the Victoria Harbour and the rest of Hong Kong southside water. Other than RHKYC being one of the active sports clubs, organising coastal rowing outings and racing throughout the year, we look forward to having more clubs or organizations to include Coastal Rowing at their centres.

Course
Since 2018, HKCRA introduced courses to promote coastal rowing, and to nurture rowing talents. The Association is also actively collaborating with various organisations, and is helping them build up and deliver coastal rowing courses at their activity centres.

Boat Class
The International Rowing Federation (FISA) standardized the specifications for coastal rowing boats for the fairness in international competitions, and for the safety of coastal rowing outings. The boat classes are Solo, Double Sculls and Coxed Quadruple Sculls.

With the increasing popularity of coastal rowing around the world, there are more events and races at both local and international level. 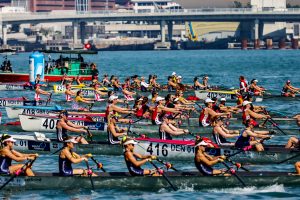 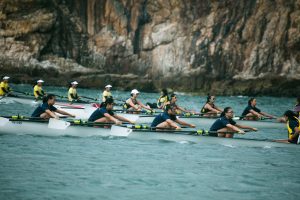 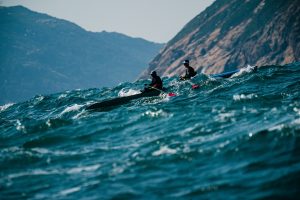 Around the Island Race
Organised by the RHKYC, the Around the Island Race is a 45km race going around the whole Hong Kong Island. The race is signified by her long distance and very scenic race course along the coastline of Hong Kong Island, with metropolitan skyline on the one side and the tranquil nature on the other side. There is also a land based 45km ergo challenge relay race running alongside to raise money for marine resources protection. 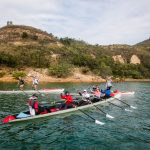 Coastal Rowing Tour (HONG KONG COASTAL ROWING TOUR)
The Tour suits all rowers of all ages and abilities. With the coastal rowing boats, rowers can enjoy and discover the natural beauty. In 2019, 54rowers participated in the HKCRA first rowing tour to the Yan Chau Tong Marine Park (印洲塘海岸公園). Many more outlying islands and beautiful coastlines are waiting for our exploration over the Hong Kong water.

# Credit to the Event Page of Around the Island Race https://www.atirhkrowing.com/

If you would like to use Coastal Rowing Boat,  please contact Ms. Irene Qian at 2699 7271 if you have any enquiries.